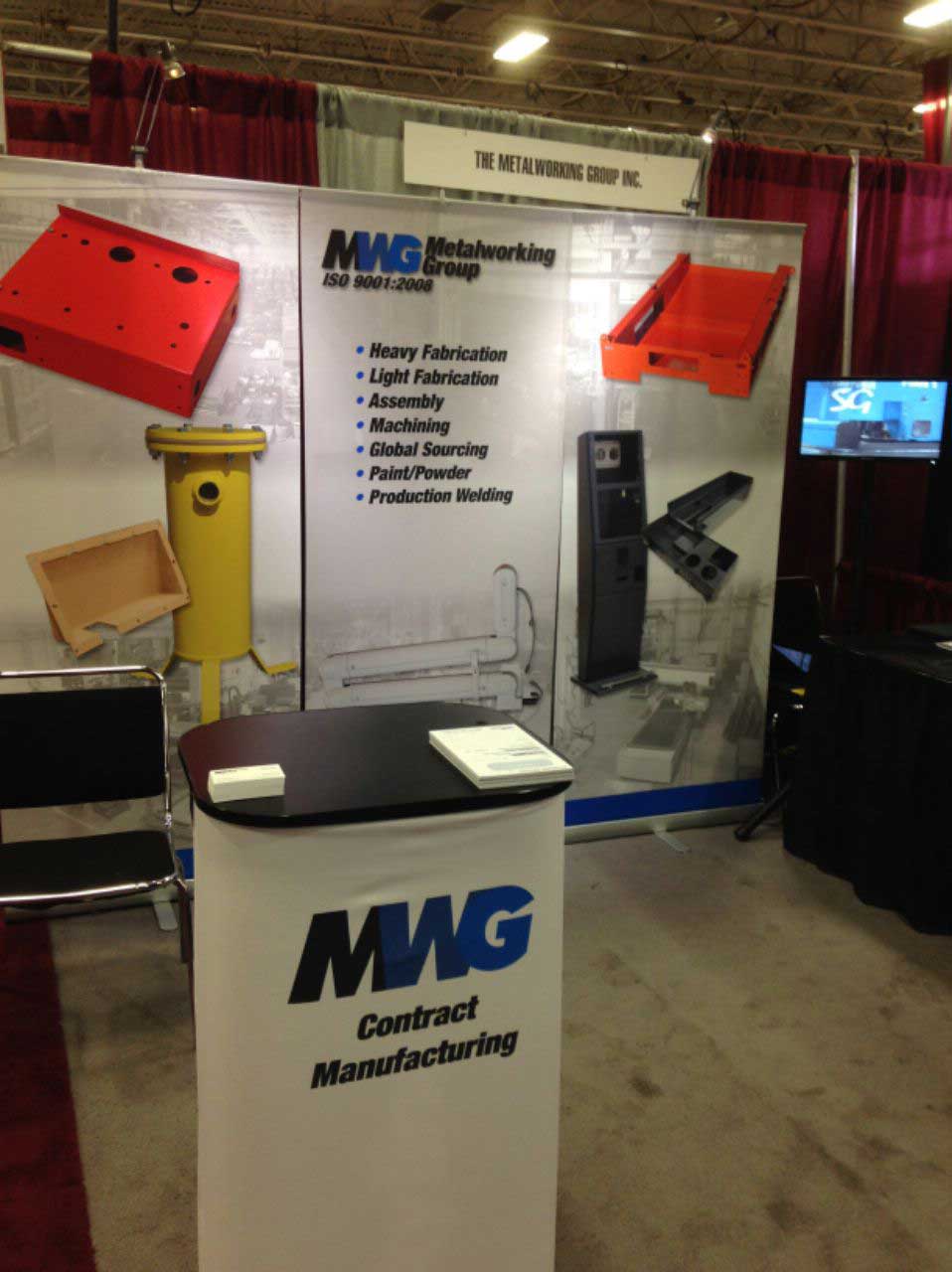 Posted at 12:21h in Uncategorized by Metalworking Group

laser cutting, and other industrial contract manufacturing. We decided to see what the market was like in the mid-Atlantic region, so we opted to attend this show. But, to be completely accurate, the show was held just outside New York City at the Meadowlands Exposition Center in New Jersey. There were many similarities, but also a few interesting and distinct differences.

The metal fabrication business is influenced by a few different industries in this region. The customer base includes ship building and repair, computer/telecom chassis, and building infrastructure (such as bridges). As a side note, one of the bridge builders emphasized that the quality of the work on the San Francisco Golden Gate bridge may not be at the level you suspect. Maybe I will take the ferry to Sausalito if I am in the area.

The region still has demands for good sheet metal fabrication suppliers including production welding and robotic welding.  A common thread for customers is a need for suppliers to offer a wide range of services under one roof.  That is something MWG excels at doing.  I also learned some new sales jargon.  When you land a new customer, refer to them as a “new logo”.  All in all, we had about 25 “new logos” visit our booth, and we hope to land some of these accounts through solid follow up and sales work.

In operating the Trade Show Booth, we made sure that MWG was represented in a professional and effective manner. No eating, texting, phone calls and other diversions were permitted. We wanted to offer our possible clients an inviting and professional experience. We hope we did so.

Below is a picture of our booth at the show: